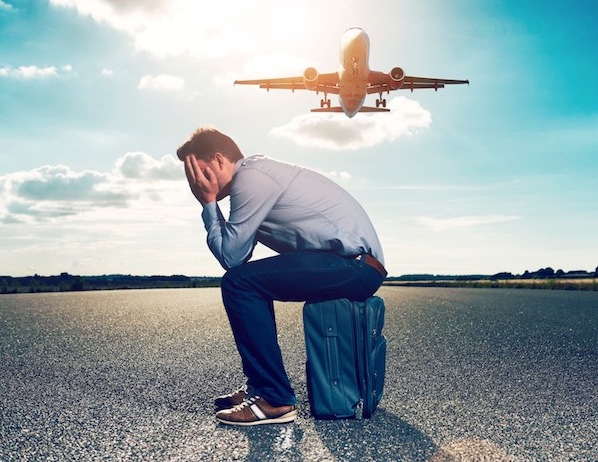 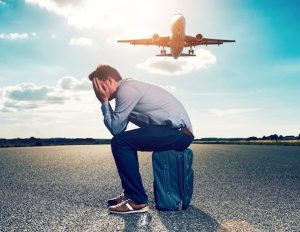 For many, air travel is exciting.  Taking that flight, wherever your destination may be, can be extraordinarily exhilarating.  Whether it is business in Stockholm, a beach in Barbados or visiting that special someone in Sydney, the world has never been more accessible.  For many passengers, air travel is also stressful; by the time they settle into their seat, stress levels can be considerable; that routine of getting to the airport, checking-in, security, liquids out, laptops out, iPads in different trays (or not, depending on where you are), losing your passports/trying not to lose your passports, finding the gate, that queue to board, finding your seat, finding somewhere to put your bag.  It can all add up to have anyone reaching for that first G&T before you can say ‘doors to automatic’.

Amongst the excited and the stressed, there will also be the scared.  Surprisingly more people than you’d think.  Roughly 20% of passengers on a flight would admit to being ‘apprehensive’ or worse.  I’ve met some really scared people over the years in my role as an airline pilot.  While it’s usually possible to reassure and put an individual’s mind at ease, for those that don’t mention it to the crew, or come up to say hello to the pilots, fear of flying can allow the imagination to run away quickly. For some, it’s a fear of not being in control (no, turbulence won’t kill you).  For others, it’s a fear of the unknown (“but how does something this big even fly?!” – it is clever-but-reliable physics).  For some passengers, it’s a fear of crashing, no matter how irrational or extreme that may seem.  When you dig a little deeper, the root cause of the fear can be quite simple – everyone knows aircraft could, potentially, go wrong.  On the extremely rare occasion when they do, it’s headline news.   What’s more, the movie industry also loves a good plane crash. Given the media’s morbid fascination and focus on anything to do with air crashes or, indeed the ‘near misses’ (which are usually actually nothing like a near miss), you might board an aircraft with those inappropriate superlatives or sensationalist phrases running around your head like an inescapable bad dream.

In reality, the odds of you actually being involved in any accident are vanishingly remote, at around 1 in 16 million1. You are considerably more likely to get killed by lightning  (1 in 300,000 – according to David Hand in his book The Improbability Principle) or die from falling off a ladder (ons.gov.uk) than be involved in an aviation accident. .  Even if you were unlucky enough to be involved in an accident, there is still a very good chance you’d get to jump down one of those inflatable slides, and survive.  The thing most likely to hurt people in such “non-fatals” (to use typically unemotive industry jargon), is people failing to use the equipment properly.  Remember that safety demo (and the bit about leaving your bag behind?) They say that for a reason…

Fatal crashes on the other hand, people don’t get to walk away from.  Catastrophic on every level; over the years the aviation industry has analysed each fatal air crash in extreme detail and gone to great lengths to apply the lessons learnt. Why?  Well, obviously, no-one wants to be killed in a plane-crash. In the 1930s, at the pioneering end of commercial aviation, fatal crashes were routine and accepted as part of the price high society paid for a glamorous, rapid, and exclusive form of transport.  By the mid 1960s, however, crashes were starting to put people off.  The size and speed of aircraft was growing massively, with new aircraft such as the Boeing 747 opening up air travel to the masses.  The industry was growing, but so were the numbers of people being killed.  If nothing was done, simple maths suggested that things were going to get very serious rather quickly.  In short, aircraft were going to kill an awful lot of people at an alarming rate unless something was done about it. Through many hard knocks, the aviation industry was beginning to realise that failure was simply not an option.  Crashing was not an inevitable part of the process, but something to be avoided at all costs.  Safety must become something to be guaranteed, assured, de-facto, routine.  Otherwise people just wouldn’t buy tickets.

So did the aviation industry learn?  Well, if you take the fatal accident rate in the commercial airline industry for 1972, nearly 2,400 people were killed. Extrapolating that data into today’s numbers makes for startling (and reassuring) reading.  Based on the number of passenger departures in 1972 versus those predicted for 2019, if nothing had been done, there would be a fatal crash of a large airliner – full of people – every 30 hours in 2019. A fatal crash once every 30 hours.  Just think about that.  Nearly 30,000 people would perish.  I don’t know about you, but that might make me think twice about buying a ticket. Back in the real world, however, the real numbers make considerably better reading.  In 2017, according the flight safety foundation, 57 people were killed in commercial aircraft crashes. These fatalities were on small, chartered aircraft or in cargo jets operating in areas that present some unique challenges to aviation.  In 2017 nobody died as the result of a scheduled commercial airliner accident.  How has this come about? In short, learning. Learning from what causes accidents, and applying the lessons.  An open reporting culture allows the industry to assess what went wrong from every accident, near miss or event, no matter how small, and turn those lessons into the very best technical and ‘non-technical’ training available, reducing risk to as close-to-zero as possible.  Human Factors training plays a vital part in the non-technical element of initial and recurrent training for all aircrew, engineers, and air traffic controllers.  Ensuring safe, reliable and efficient commercial air transport.  Read our next post to find out how.

Earlier this month, The LA times reported on the pilot…

The first Black Box Dentistry Course was held on the…

“It’s Friday evening, 6pm. Your receptionist sends you a message…

© Copyright - TurnPoint Ltd - All Rights Reserved 2020
Company Registered in England & Wales No. 10503102
Freepik helped with our pictures
We use cookies to monitor website usage and improve your experience. If you are happy to continue, please accept. You can opt-out if you wish. Read MoreCookie settingsACCEPT
Privacy & Cookies Policy

Back To Top
×Close search
Search
×